It will not be complete if we analyze Google (link), and Microsoft (link and link) but not Amazon. The scraping technique is the same except the URLs. I got 2,963 reviews from 2008 to 2017. Please note that I scraped reviews from Washington State only.

Before creating bigram, let’s check the title of Amazonians.

That’s better than Google; anonymity only consists of 14.0%. Low anonymity is good as we can drill-down to see if there is any pattern in each title. But before that, we need to process the texts.

And… let’s create the chart for Pros. 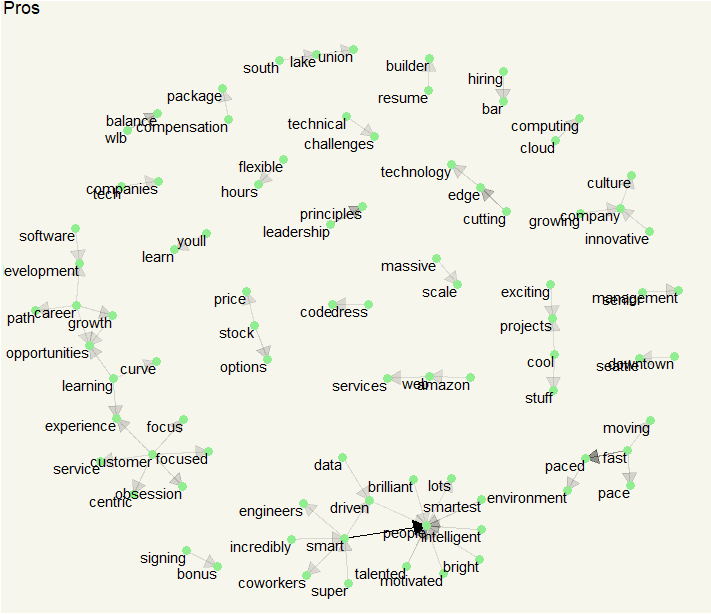 Most of the words are not surprising: smart people, flexible hours, stock options, wlb, etc. Amazonians seem to enjoy working in downtown Seattle. What about Cons? 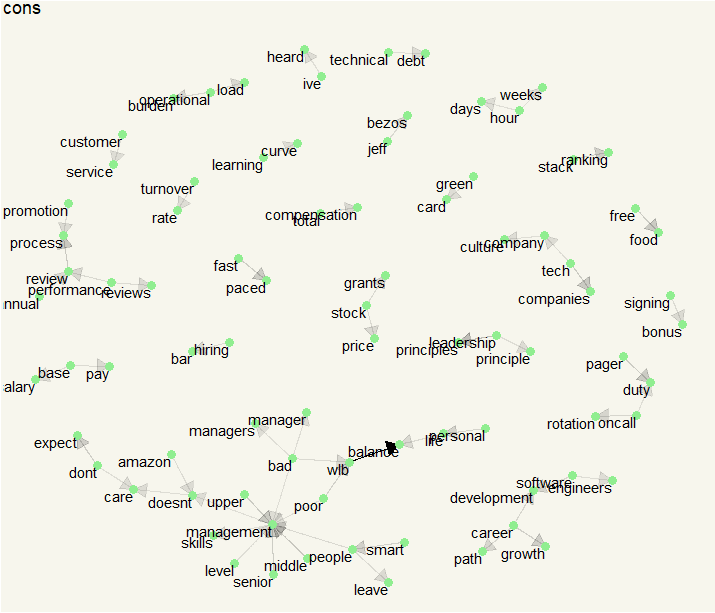 Okay, this one is a lot more interesting. wlb also shows up in Cons, stock grants, hiring bar, and most interesting of all ‘green card’.

Let’s take a look at them one by one. My theory is that wlb must vary significantly between team/department/group. It is great that Amazonians told their title. So, let’s drill down.

wlb has been mentioned 43 times in the Pros section. Plotting without creating a new variable to group Title should not be too bad. Let’s try. 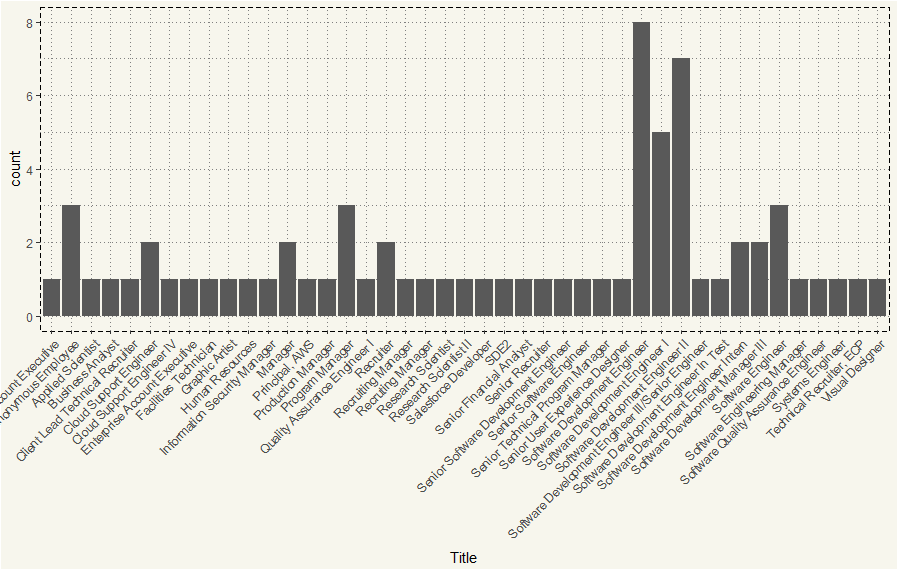 20 mentions from Software Engineer. Okay, what about that of Cons?

Next what I want to see is Cons comments that have the word ‘green card.’

Hm, it’s not that much. When were these reviews submitted?

Hm since 2012? Well, things probably would have changed since the time. I just won’t drill down anymore.